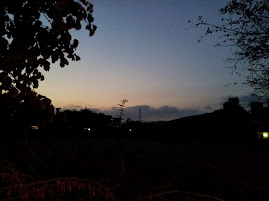 Ananda had a supernatural experience. After meditating , he felt in complete bliss. Obviously, Ananda believed in the meditation practices and in the teacher who taught him about this type of meditation.
Ananda became a believer.

Ananda had a deep sense of commitment and started following every direction from his new appointed Guru.
Ananda wanted to “become better.” Ananda wanted to be enlightened with wisdom and to become another Guru just like his master.

Ananda made all sorts of “effort” to get that same experience of bliss that he had experienced sometime ago.
Nothing happened.
Ananda’s expectations to get that “out of the world” experience increased, but at the same time; he experienced the frustration of not “getting it.”
Ananda made all sorts of “efforts.” He changed his life style completely. He wanted to be better, so he avoided people who were not in his path.
Ananda rejected the world and wanted to spend time meditating and to experience that bliss again…
Nothing happened.

Ananda was truly disappointed with his Guru. What was wrong? He was doing everything and nothing would happen!
Ananda decided to change his Guru. Ananda bought books on Spirituality, bought CDs, Ananda attended to several seminars run by the “experts,” in “enlightenment,” he even traveled to the holiest places on Earth to get “better.”
Nothing happened.

Ananda developed an obsession out of his spirituality. He developed a great ego as well and sarcastic irony when he heard others speaking about their own spiritual paths and experiences.

Ananda gave up. He was truly tired of all the rituals and reading materials which “promised” him to become “better.”

Ananda couldn’t sleep. He went outside and sat by a tree. Thoughts started coming into his mind about all the “effort” that he had done. All the time that he had wasted for nothing! His memory brought the episode when he got into this blissful state and he started to recall every moment of it. Ananda wanted to experience that moment one more time, it was so exquisite, so out of this world, so blissful… Ananda started to cry in distress. All his knowledge about his spiritual teachings were in vain, he thought.

Ananda wanted answers and no one was able to give those to him. Ananda felt like a failure.
Meanwhile, Mathias, the “wise tree,” was a witness of all of this.

Mathias spoke to Ananda.
“Friend, why are you crying?”
Ananda replied: “ I am a failure. I wanted to become enlightened with bliss and I cannot.”
Mathias replied: “Really? Who wants to become enlightened?”
Ananda looked at Mathias bothered that he had to say the same thing again. “ I said , Me.” Replied Ananda.
Mathias answered: “ Then, get rid of “me” and there will not be a failure.”
Ananda said: “Are you crazy? Do you want me to kill myself?”
Mathias replied: “ not friend, just your mind. “Me” is in your mind.”
Ananda didn’t realize in all his years of “effort” that his own mind was in continuous upheaval. Always striving for something. If the issue wasn’t how to get a better job or a better something, then it was “to be better.” To become enlightened, angelic, Godly, pure, powerful, etc, etc. If he didn’t reach “his” objective, the frustration and sorrow set in.

Ananda, thought about it for a second and asked: “How do I do that?”

Mathias replied:
“By becoming aware of your mind. Sit there, stop thinking, experience what you are besides that mind. If you hear words inside , that is your mind. Observe how your senses experience something and then an idea is created in your mind based on the memory of previous experiences. See how you are incapable of observing and listening to others and to yourself without putting an idea and “making sense of it.” Observe, how your mind is constantly taking you from one place into another. If you hear a song and you recognize it with your memory; that song will take you to a daydream. You may call that “to remember is to live again,” but become aware that all of that is the past and it is dead.

That experience may take you to a happy end or a sorrowful end, therefore; your emotions are slaves of your own mind.
Similarly, your “becoming better” is to be anxious about the future, which is not real. Your mind is taking you to the past and to the future, but cannot be still in the present.

Become acquainted on that timeless serenity, that which you are besides the mind and then other experiences may arrive. To spend your time observing the works of your mind is to become free from it.

That bliss may arrive again… but this time without “you” wanting it. That is how things arrive on time, when “Me” is not there, completely out of the picture. No failure, means no success.
Duality free. That is the greatest success.” 🙂