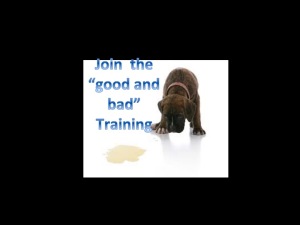 Puppy dog training is the type of “spiritual teaching” that most humans are used to.

“Bernie, don’t do that. Bad dog!”
Bernie likes to smell the neighbor’s garbage cans and to “indulge” in its contents.
“Garbage cans are bad, Bernie.”

Spiritual puppy training is on.
“This is good. That is bad. This is right, that is wrong. Move and sing along the funny tunes of this song.”

Human example?
As some “seekers” are observing how the values and teachings from our society have a weight on our beliefs, then one day; there is the realization that a television set is one of the biggest “seller” of that propaganda.

Along Spiritual “puppy dog training,” comes the voice of rigidity:
“Television is bad. Do not watch TV.”
Harry the “seeker” wanted to become “better” in life. Even though he enjoys watching some TV programs, he felt that his enjoyment was cut off when a new belief entered his path: “TVs are bad.”

Knowing that a “pure” God/ Guru/ Priest has given that commandment, Harry’s life became miserable. Harry fought with himself his usual desire to watch TV. Harry felt guilty, low and bad when he couldn’t resist the “temptation” of watching TV.
Harry became “bad” out of his desire to be “good.” 🙂

The above could be placed in different scenarios in our lives. There is “puppy dog training” at the office, in the family, at school, etc.

When consciousness changes out of a realization in life, there is no inner fight.
Television is neither good nor bad. Someone may watch a TV program, enjoy it without the fear of being “brainwashed” by the TV.
How is that possible?
When we do everything in a conscious way, with awareness. When consciousness changes and we allow for that to happen, the struggle to “change” is non-existent, for that change is a natural continuation of awareness in life.

If a religious head says: “Watch TV, but not too much for it may brainwash you. You need to be careful.”

There is fear infused in those words.

If someone realizes while watching TV that moral values and prejudices along with diverse beliefs are there in different ways and that person is able to recognize them, then that AWARENESS will bring change.

That is all it takes. Teachings are meant to create the environment to experience. Teachings are not meant to be a dogma of “do’s and do nots.”
However, all depends on the consciousness of the participant, obviously.

I cannot expect for “Bernie” the dog to come up with realizations of living life in joy; but I could make my life easier by telling him only what I consider to be “good and bad.”

When the consciousness of the seeker moves from “spiritual puppy dog training,” then life appears with different colors, besides “black or white.” 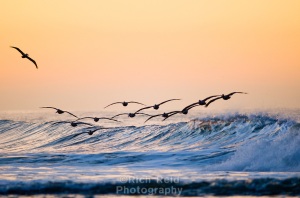 Our ‘conditioning’ in life has been successful! Congrats!! 🙂

We learn many things from our parents when we are born, then we go on into school to deepen that inculcation by learning how to speak and write. We may find other views and beliefs which we could “choose” to adopt through the process of assimilation…

When we come out of that “systematic learning environment,” then we believe that words are “reality” just like 2+2 are always 4 (so we think) then using operative keywords such as: If, then, or, and, nor to express ourselves becomes important …just like a computer program. At the same time our beliefs are strengthened. “I believe in this” becomes our source of “reality.”

As adults, we could “choose” to become indoctrinated in different ways: Religion, TV, books, entertainment, addictions, collective neurosis, civic beliefs… Lots to choose from! 🙂 I have a “choice.” 🙂

The above scenario is neither ”good nor bad.” The above is not written so we could denounce our “indoctrination.” It is part of living in a society. However, the above becomes an issue once we act unconsciously, that is once we allow only the information that we gathered up until we were around 7-year-old (which is settled in our unconscious) in conjunction with any new information that we could become persuaded by or influenced by, as the “dogma” to believe in.

We could talk all the “rationality” that we’d like but the issue to realize is that a 7-year-old kid is not rational but highly emotional.

We could probably observe that a philosophy of life, a belief about “spirituality” will not be able to make a deep impact in the self, until the emotional aspect has been dealt with, healed and harmonized.

Let me emphasize that any well thought out, rational philosophy of life is useless to go deep into the self until the emotional aspects are dealt with.

Nevertheless, the rational world of grown ups have decided to forget about the “emotional kid,” and use those lingering emotions to manipulate an adult through the practice of “punishment and reward” as the way to understand a “moral” society; which will continue into our beliefs of the afterlife.

An adult surrounded by collective neurosis, will obviously assimilate that trait unless that adult is conscious of it, and is capable of not rejecting things but integrating himself into that Totality without being absorbed by it. This is the trait of a spiritual walker. Openness will allow to observe without judgment but at the same time to act when necessary.
It is through our feelings how we could allow the integration with the Totality, and by leaving the rational mind to act only for rational tasks. There is a time and a place for everything.

What could you expect. This is what Ananda had learned!! Numbers, separation, analysis, logic, accumulation of data. Rationality only.

All of that is of no help when the time has arrived to enjoy life.
Learning to unlearn is necessary to experience newness in life.