When we observe the one who produces those feelings, we discover a center of consciousness; we could discover bliss for the first time.

When we look at Nature and when thinking is over, the consciousness of being there observing arises. That is the self without a personality.

During meditation when the observer observes the observer, feels the observer, peace and bliss could arrive. That bliss is not there all the time due to our own “doubts.” That is, that personality built around it with all its hang ups, repressions, moral standards, traditions, traumas and sufferings.

That baggage is not allowing us to be in touch with that peace and bliss which we are.
We are “that” which we are looking for. 🙂

In this consciousness there could be that sense of separation again, for it will be the first time when looking inwards will make sense. “Inwards vs. Outwards.”
There is no “other” thing needed to bring life to our lives. It is right there in us.

Tapping this consciousness means to see everything as a “game.” There will not be a need to “acquire” something to bring value to ourselves. Here is when the perception of the body as a colorful paper, wrapping the candy is known without any other practices, it comes naturally. There is no need to deny the paper wrapping and to avoid it, but merely to acknowledge its beauty as a paper wrapping.

It is in this state when loneliness becomes something from the past, for we are content with our own existence but at the same time happy to share “that” with “others.”

Balance and harmony occurs when there is inner fulfillment. To be conscious of our own consciousness becomes the “thing” to observe.

From our physical movements, we could switch to observing our thoughts and feelings and from that the observer, the being. It is in that consciousness when we could understand the words of “being created to God’s image.”

Before that, it was a romantic moment of love or a thought. Now is “me” being equal to “God,” but without those words to separate; then there is “sameness,” “equality.” As consciousness increases, words do not do a good job in describing the experience.

There is a world to observe and to understand in the inner world. From this vision the game of union and separation is a manifestation of duality, the game of life.

The understanding and experience of the other types of consciousness will give a person automatic openness, receptiveness, open-mindedness, tolerance and empathy, all of that without “making effort.”
🙂 It is effortless.

However, it seems that there is more to it, which hasn’t been experienced by Avyakt7. That is what Buddhism calls “emptiness.”

Emptiness of individuality; that is back to the whole, back to the totality, to the “movie of life.”
Wholesomeness. The ultimate unity. Communion.

Plainly, life is the movie of a dog chasing its own tail. In one state of consciousness, the dog believes to be separated from its tail.

Until the dog bites its own tail, after making so much “effort” to grab it… Ouch! 😦
Then the dog will wake up with a new state of consciousness.

The dog is one with his tail. 🙂

When there is no dog, there is no tail.
But “there is” something which is neither the dog nor the tail.

There is life, consciousness, existence. That is all.

“I am a regular reader of your blog. . Dear brother,i am in a great confusion. There is no place where I can share this as no one can realize me or suggest. But I believe you can. I am now still 3years in brahma kumaris knowledge. Undoubtedly I have learnt many things from here .i truly love bapdada and his teachings.i follow them as much as I can .but something I don’t like.that is the lack of personal independence.i read murlis where baba always says to do this or to do that,to be that,not to do that,that means if you do you are good and if you don’t or cant do you are bad.it is not the matter to be good or bad,i don’t care for that,but the question is about getting reward and punishment in future life.as baba says our fortune depends on how much I follow srimat and I shall get punishment or become repentant later if I don’t follow. That means I am forced to follow because nobody wants misfortune to come in his own life. I am expected to be obedient to Him.thats ok .I cant have any manmat .that’s ok.but mere problem comes it is me who has to do. if I don’t do any wrong karma but live my own life without trying to be an ideal one what is the problem? After so many years of following career, doing this or that for lowkik household ,for family members, passing through several up and downs in life(it may be also similar in 63 births that I came across,i don’t know) again to follow this or that as baba says simply is self afflicting for me as there is no freedom that I really want from spirituality.freedom means to me that I can feel my inner self ,feel my inner qualities,love myself as much as I can,love GOD as friend,feeling him truly,being merged in his love,and simply doing nothing at all only enjoying myself in different circumstances. Reasoning,intellectual thinking ,when destruction will occur,what is going to happen etc nothing matters to me. I love only to feel,enjoy anything I do. so everything else (may be gyan),is irrelevant to me.can I be fully independent in my spiritual journey of realization.it is true that knowledge is important for understanding but without feeling that becomes a pressure only to follow. Can I be full free to be of myself,to follow my inner dictates or conscience only taking the help of srimat.it does not mean that I am against gods version but I only want myself to be what I want ,to enjoy what I love not what is expected from me to be or do.but I am confused am I right?am I becoming disobedient to god?shall god love me for that?is my future is at stake?pls help me brother.”

Dear reader,
Thank you for your kind words.

Good and bad, reward or punishment, present and future… decisions in duality.
I feel your psychological pain.

Avyakt7 respects your belief system. Avyakt7 will not tell you what you have to do. That would not help you at all. That is something that you have to decide for yourself and assume complete responsibility. It is your life after all.

Avyakt7 can tell you that this Freedom that you want is not simply freedom to do something, but with greater awareness, it may need to evolve into freedom for something. Freedom to give. This is of course, in things which matter the most, your time, your being, YOU for the rest of humanity.

Look at yourself. Are you satisfied with what you have learned? Why did you join your religion?
Most think that it is about God. They say “God wants me to do this.”

It is about you. Your reformation. God does not need followers. To reform yourself is not something that you do for God. That is your freedom for spirituality.

Nice words will not do. Everyone talks about love. Loving God, loving humanity, loving thy neighbor, etc. Have you discovered that you are love? If you have, then you don’t need to love anyone for you are already that love. Let it emerge, let it be, let it express, let it be free. That is all.

If you have felt your inner self, then there is no need for beliefs and with that the struggle in the world of duality is over. But as long as “feeling your inner self” is just a nice phrase to say, a nice concept to mention, then beliefs may be needed to reform you and with that, the Father may have to tell you what to do, and… just to make it clear, He may say that “he will not give you your inheritance unless you do what He wants.” 😦

You are the only one who knows where you are and what you want out of your own life. If you don’t, who is going to tell you?

Be honest. Are you where you want to be? Have you experienced your own weaknesses? Then, have you done something about those? Is this important for you?

To do things just to please others, is not a good policy. To be happy now is important, for today creates your future, as you know…. your inheritance… 🙂

The wise in disguise

In the path of life
there is faith followed by ovations
doubts surrounded with plights
but in between; different destinations

Some will take U-turns
to meet the neighbor’s journey,
others will follow their heart
while hearing the inner attorney
rant of not being smart

Love is not just a feeling
but mostly a time for giving
our life treasure to be shared
as you are, completely bared

The circle of life is our inner travel
the rest is talk and senseless cavil
opening doors or closing windows, is you call
as the time to express our true feelings unfold. 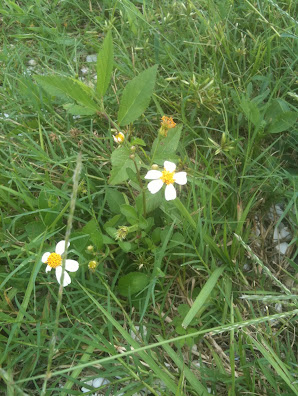 Can I speak my mind?
look at the sky and see the stars standing by
that void space in between is what I have inside
ever aimlessly in search for a bit of sunshine

Breathing is mechanical just like sneezing
thinking is compulsory, somehow as eating
but feeling is my life without doubt
it is my compass showing me the route

Trapped in math, science and accounting
the world condemns me to a slow drowning
computers, taxes and great business deals
starve me from nourishing spiritual meals

Poetry, philosophy and dancing are truly enlightenment
but in this world of research, facts and opinions
to feel and muse free without earning
is left for evil creatures equal to vermin

Play is for children
war, for grown ups
what is the sense of living
if life is already made up?

Do you have time for such thinking?
or do you prefer drinking?
how about if we just tune out
and forget about unsettling doubts?