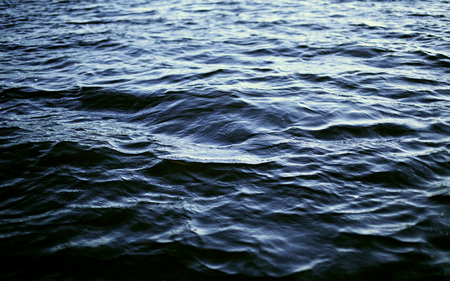 Ananda was sitting by the Ocean. It was a lovely morning right after some rain. The Sun was just rising impregnating the turbulent waters with shades of multicolor beauty which Ananda truly enjoyed.

Ananda was captivated by the ripples of the Ocean: A form appeared as a wave of water, moving in the direction of the wind, then a high point, a crest will appear to gradually collapse into the Ocean once again, just so another wave could be born. Truly, dying means living again.

The above could be translated into Spirituality as a “form being born from the formless, just to be formless again when it dies.”

This means everlasting change. The play of form and the formless.

A human being is never the same at any point of his life. The illusion is to believe that a still picture of him, is him. A mind believing in pictures is a dead mind.

Ananda smiled in awe. He discovered that there was nothing to call “self” for everything was continually moving just like the ripples of the Ocean. Nothing is ever static…but our thoughts, the picture.

To hold on to a still picture of the Ocean is to be lost in the illusion of the self.
To observe the movie of the Ocean without that center that divides the object and the subject is to “be.”

What can you “be”?
A Detached participant of life.