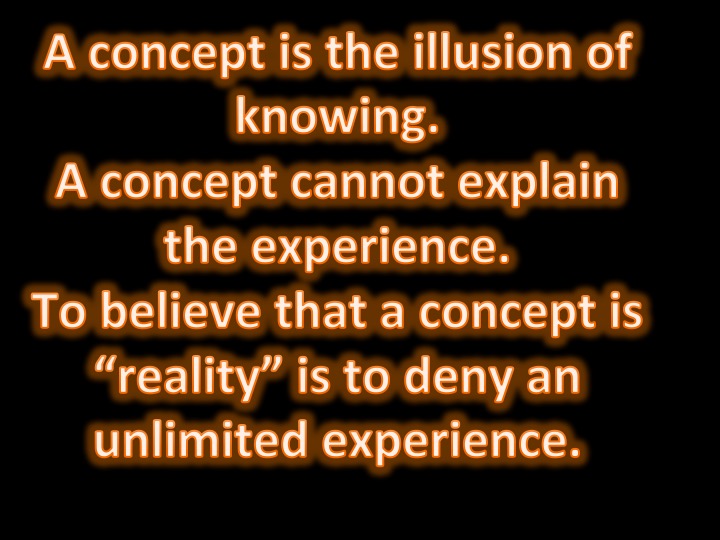 Does a triangle exist?
In “reality,” in the natural world, in Nature… It does not. It is a concept.

Nevertheless, we continuously use concepts to make up our “reality.”

A triangle could be used to build a house, yet that “reality” is non-existent in Nature.

As we go into this further, we will realize how far human concepts have become our way of living and how far we have gone apart from Nature.

I am not saying that to know how to use a GPS device is not useful… No.
I am saying that Nature is a completely stranger to us at this time.

We are trying to replace Nature with conceptual living, which is brought to us by our ideologies.

Yes.. I am communicating with you through our technology, the offspring of our ideas. Isn’t that marvelous?
However, these words wouldn’t be needed if we merely observe Nature and perform the “lost long son” parable, to establish a relationship back with “mother” Nature.

Technology is neither “good nor bad.” We embrace it, but because there is no harmonious balance, the weight leans towards the “conceptual” side of the scale.

Nature is One. The Universe is a song.
That song could be divided into different parts and we could dissect every sound to get to every instrument, but we cannot “analyze” the performance itself, the mastery of every artist, which in unison will make up that song.

A concept will only allow someone to perceive separated instruments, which is an illusion for that instrument cannot play by itself in “reality.”

The Universe is an orchestra with synchronous sounds. The magic is that this wonderful song is being played without notes to read.

No one has composed the song, but is being played “impromptu” which paradoxically, is the perfect and complete way to play. No “concepts” there.

Concepts such as “individual,” the “other,” “Paradise,” “salvation, “ etc. are just concepts which are necessary to explain a particular perception of Life.
Nevertheless, let me assure you that none of those concepts are “real” for none of those bring unity but rather division, separation and egotism. We cannot see oneness when lost in those concepts.

That is the paradoxical aspects of conceptual beliefs.
Although the idea, the concept is the pursue of righteousness, the end result is further separation and division among human beings and all other beings sharing the space of this planet , this Universe with us.

The call of time is not for a revolution. It is not for salvation, neither for “knowing” God.

The call of time is for sensibility of the “reality” of Oneness. It is a state of consciousness, which could be experienced when we open the door in our hearts to contemplate Nature for the sake of being there and without any purpose, any goal, any desire of getting something out it, such as “illumination.”

Being there with “mother” Nature for the sake of appreciation, as a nurtured kid will do with his own mother.